Look back on our events through the years!

Through traditional music, Jordan Tirrell-Wysocki relays some of the adventures, misadventures, and emotions experienced by Irish emigrants. The focus is on songs about leaving Ireland, sometimes focusing on the reasons for leaving, sometimes revealing what happened upon arrival, and sometimes exploring the universal feeling of homesickness of a stranger in a strange land. The presenter discusses the historical context of these songs, interspersing their stories with tunes from Ireland that made their way into New England’s musical repertoire, played on his fiddle or guitar.
Jordan Tirrell-Wysocki is an award-winning fiddler who grew up playing dances and folk festivals around New England. He was first recognized as part of New Hampshire’s culture at the age of 12, when he was the youngest member of the delegation representing the State at the Smithsonian Folklife Festival in Washington, D.C. He has toured nationally with bands in various genres, performed across Ireland, and released multiple recordings of Celtic music that can be heard on radio stations around New England. He currently performs over 200 shows each year, mostly with his own band, the Jordan TW Trio. His lifelong passion for history helps bring to life the traditional music around which he built his career.

​Annual Meeting and potluck dinner at 7pm, program at 8p.

Rick Chormann will provide introduction to LiDAR technology and how it works, discuss numerous examples of applications with plenty of examples of LiDAR images with an emphasis on glacial landforms, and conclude with a segment on stone walls as landforms, their place in New Hampshire history, and the New Hampshire Stone Wall Mapping project.
​
Chormann, as state geologist is under the purview of the New Hampshire Department of Environmental Services in Concord, is a lifelong stone wall enthusiast who came to the Granite State in 1979 to get a graduate degree in geology at the University of New Hampshire and never left. In an effort to get citizens involved in that history, as well as to utilize modern web-based technology (and to share his knowledge about geology in the process), Chormann has initiated a crowdsourcing project (obtaining information by enlisting the services of a large number of people) that aims to map the state’s entire inventory of stone walls, which could end up totaling more than 150,000 miles of walls.

The native Abenaki people played a central role in the history of the Monadnock region, defending it against English settlement and forcing the abandonment of Keene and other Monadnock area towns during the French and Indian Wars. Despite this, little is known about the Abenaki, and conventional histories often depict the first Europeans entering an untamed, uninhabited wilderness, rather than the homeland of people who had been there for hundreds of generations. Robert Goodby discusses how the real depth of native history was revealed when an archaeological study prior to construction of the new Keene Middle School discovered traces of four structures dating to the end of the Ice Age. Undisturbed for 12,000 years, the site revealed information about the economy, gender roles, and household organization of the Granite State’s very first inhabitants, as well as evidence of social networks that extended for hundreds of miles across northern New England.

Robert Goodby is a professor of Anthropology at Franklin Pierce University in Rindge. He holds a Ph.D. in anthropology from Brown University and has spent the last thirty years studying Native American archaeological sites in New England. He is a past president of the New Hampshire Archeological Society, a former Trustee of the Mount Kearsarge Indian Museum in Warner, and served on the New Hampshire Commission on Native American Affairs. In 2010, he directed the excavations of four 12,000 year-old Paleoindian dwelling sites at the Tenant Swamp site in Keene.
​
​When: Thursday March 19th, 2020 7:30p
Where: The Lawrence Barn, 28 Depot Rd., Hollis, NH

Growing Up and Growing Old in Rural NH: A Reflection on How Things Have Changed. In three quarters of a century, vast changes have swept over rural New Hampshire. Steve Taylor, a lifelong resident of a small town, will discuss the changes in the land and the environment, transportation, employment, family living, social life, and demographics  that he has observed over the span of his 80 years. Drawing on his career as a newspaperman, farmer, and public official, he will examine how economic forces, decisions in Concord and Washington, the coming of television, changing cultural values, and other influences brought dramatic upheaval to the state’s small towns and rural climes. And he will illustrate his points with stories, often amusing, drawn from personal experience.
​
​When: Thursday November 14th, 2019 7:30p
Where: The Lawrence Barn, 28 Depot Rd., Hollis, NH

The History of Agriculture as Told By Barns - 2019

The History of Agriculture as Told by Barns tells the story of the evolution of barn architecture in New Hampshire. Barns changed from the early English style, to Yankee style, to gambrel, and then pole barns to accommodate the changing agriculture. This presentation will be a chronological walk through time, with photo illustrations of barns around the state that are examples of these eras of agricultural history.
John Porter was raised on a dairy farm in Lebanon, New Hampshire. He graduated from the University of New Hampshire with a B.S. Degree in Animal Science, and then went on to get a master’s degree from Cornell University in Animal Nutrition and Farm Management. Later he earned a master’s degree from Bob Jones University in Education Administration. He served as a Dairy Specialist for the UNH Cooperative Extension from 1974 until his retirement in 2006. He still works part-time for UNH and operates his own consulting company, Farm Planning Services, LLC. In 2001, he co-authored the book “Preserving Old Barns”; in December, 2007, was editor and contributing author of “The History and Economics of the New Hampshire Dairy Industry”; and in 2011, wrote the agriculture chapter for the Concord History book, “Crosscurrents of Change”. In 2019, he published a second edition of the Preserving Old Barns book.
​
​When: Thursday October 17th, 2019 7:30p
Where: The Lawrence Barn, 28 Depot Rd., Hollis, NH

Annual Meeting and Program:  That Reminds Me of a Story - 2016

Stories speak to us of community. They hold our history and reflect our identity. Rebecca Rule is a storyteller/humorist from the New Hampshire Humanities Council who visited us again with her own brand of Yankee wit and vision. She has made it her mission over the last 20 years to collect stories of New Hampshire, especially those that reflect what’s special about this rocky old place. She told some of those stories -- her favorites are the funny ones -- and invited audience members to contribute a few stories of their own. She always entertains us and everyone left with a smile. A great complement to our annual meeting and meal. 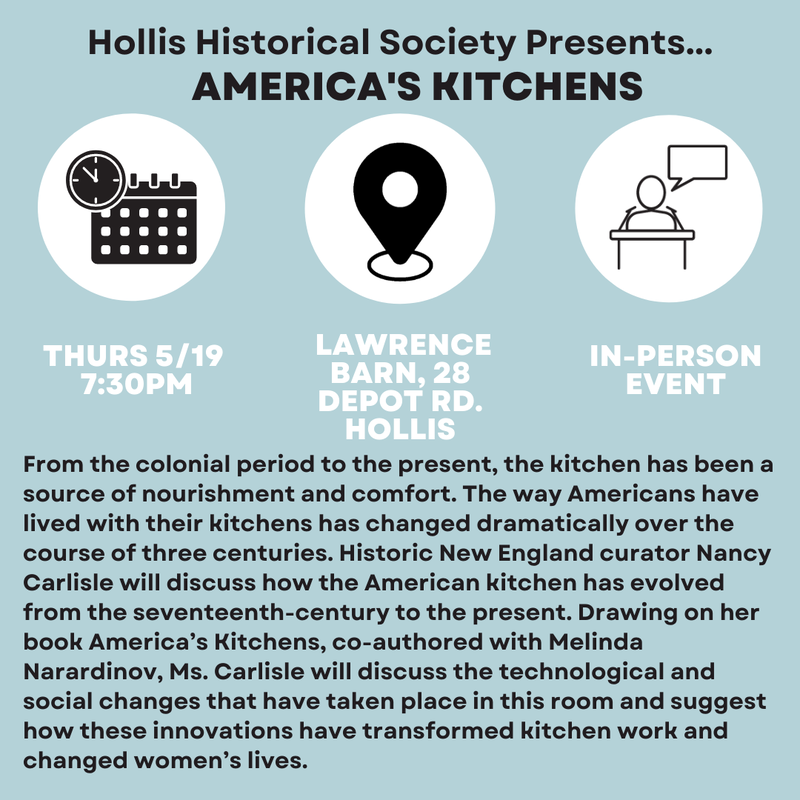 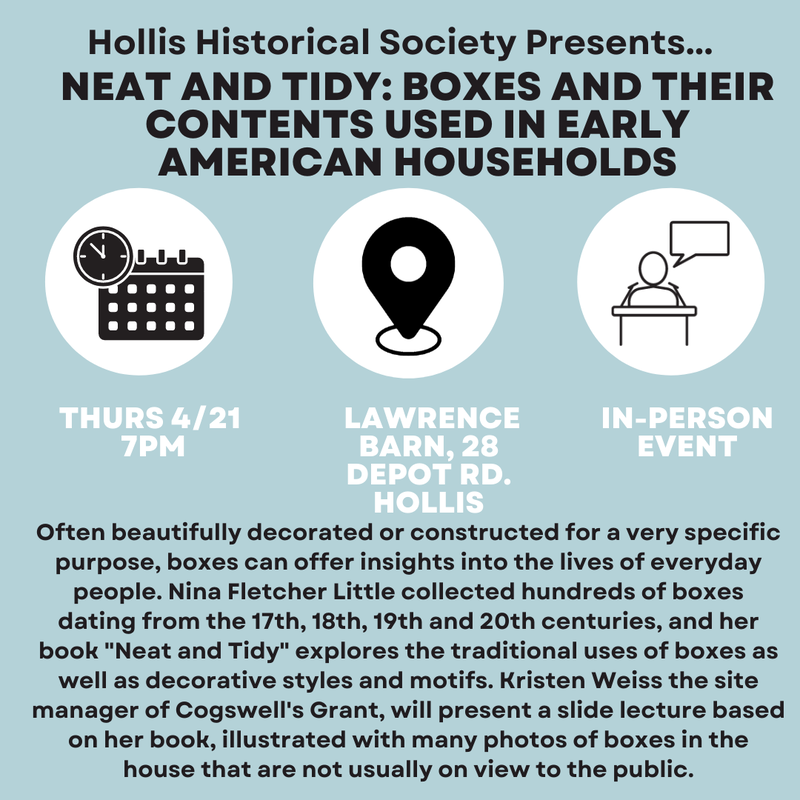 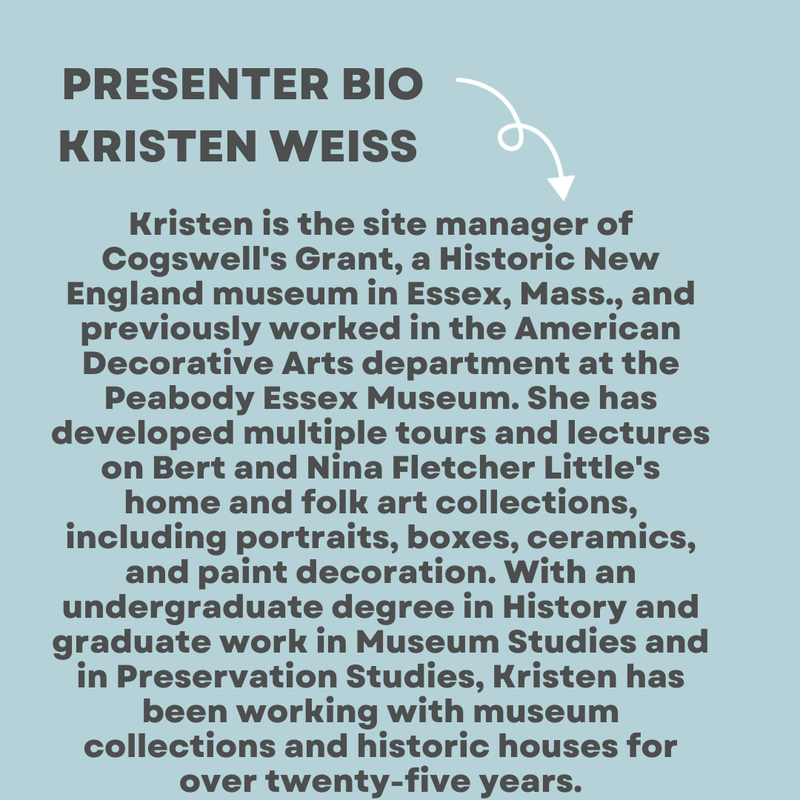